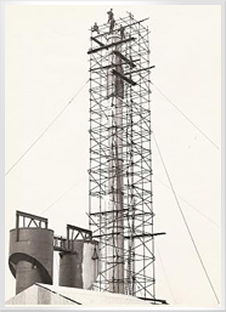 Following his exploits as a paratrooper in World War II the company’s founder, the late Sam Rafferty, wanted a career that demanded the skills of a special type of workman. The qualities of such a man would require a skilled craftsman with the ability and courage to work high above the ground in a demanding environment. With this brief, Sam Rafferty established the Rafferty Steeplejacks Company in 1949, which then became a limited company in 1954 forming the foundation for today.

Since its formation, Rafferty’s have continued to invest in growth and diversification with uncompromising standards to their inspection and maintenance services, along with building its engineering base to research and develop market leading technologies. 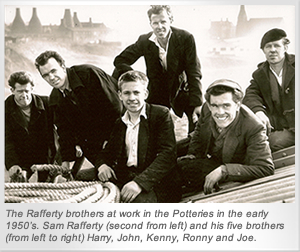 Today with decades of experience behind them, Rafferty’s operate throughout the U.K, EUROPE and the WORLD as the U.K’s leading specialist in all aspects of industrial chimney engineering from inspection, maintenance and demolition to design, manufacture and installation of new steel chimneys.

The pictures below show three generations of Rafferty’s carrying on the family tradition. The first photo (far left) shows Company founder Sam Rafferty standing on scaffolding above his three younger brothers after erecting a new 140ft high steel chimney in 1959. The middle photo shows second generation Nick Rafferty carrying out an inspection of a 180ft brick chimney in the early 1980’s. The final photo (far right) shows third generation Matt Rafferty following in the footsteps of his father and grandfather, high up on a 303ft high steel chimney in 2007. 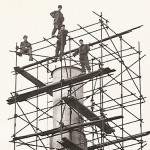 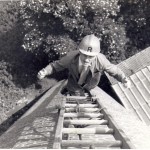 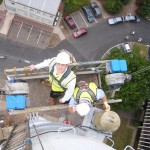