The year 2019 means that we can now proudly and officially state that we have been in business for 70 years!

The steeplejack and lightning protection industry has changed drastically since we originally established ourselves in 1949 and we are extremely proud to have helped spearhead the industry in the UK over the past seven decades.

We would like to take this opportunity to thank our valued clients, suppliers, employees and stakeholders who have all played a crucial part in helping us achieve 70 years in business, it would not have been possible without them.

We hope to still be climbing for industry for the next 70 years!

Rafferty’s have recently completed a bespoke engineering project for a valued client in Devon, UK.

The scope consisted of the design, manufacture and installation of 2 No. stainless steel liners & associated ducting to suit their new operating conditions.  The new liners were to be housed within the clients existing 35m high brick chimney, which is somewhat of a local landmark.

The site installation work of the new liners and associated ducting was carried out by a team of Rafferty’s specialised steeplejack operatives from mid-May to the early part of June during the clients planned shutdown period. The project was completed on time, on budget and to the complete satisfaction of our client.

Our client, Alison Kitchener – Business Project Manager, had this to say;

As part of our new CHP installation project we had to think carefully about how best to manage the resultant emissions from this and the new combination boiler. Our brick chimney stack is 35m tall and it was calculated that the new more efficient equipment would only produce emissions which would reach about 20m before condensing. We therefore had to consider whether to install new stacks, take 15m off the top of the chimney (which would have looked odd) or install new flues which would be narrower but would allow us to continue to utilise this important town landmark. As Rafferty’s have maintained the stack for so many years, they were the obvious choice to assist us with our decision making – the result of which was the installation of 2 new flues.

We were really pleased with how Rafferty’s worked alongside ourselves and our CHP contractors as space was limited and we had to accommodate various cranes as well as the flues etc. whilst continuing to operate and move fabric around this area. Some of our meeting rooms look onto the works and I know a few meetings were paused as the spectacle of the flues being lifted above and down into the chimney were observed. We were fortunate with the weather overall so the work was completed by the required date allowing the rest of the CHP installation project to progress as planned. Thanks to Matt Rafferty, Carl Woodroffe, Steve Moulton and his team for all of their efforts with this project which ensures the continued use of the chimney for many more years to come.

Rafferty’s are looking to recruit several Steeplejack and Rope Access operatives for an immediate start.

Please send all enquiries to carl@rafferty1949.com

Earlier in the year Rafferty Steeplejacks were awarded a contract by the NHS to dismantle the 52m high redundant multi flue steel chimney at Royal Stoke University Hospital.  Throughout our history the company has been responsible for drastically changing the local skyline and the successful completion of this contract saw the skyline of Stoke-on-Trent transformed once again.

Rafferty’s are seeking to employ a level 3 rope access technician with working experience in the steeplejack and lightning protection industry.

For all enquiries please contact Carl Woodroffe or Alex Bradley in our contracts department. 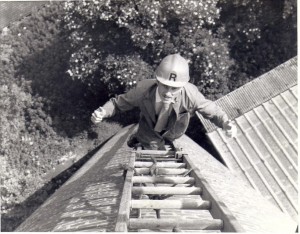 When choosing a contractor to carry out specialised works at height on their industrial chimneys, it is paramount that Companies are aware of the benefits of using an ATLAS member.

ATLAS is the governing body for the steeplejack and lightning protection industry and is also acknowledged by the HSE. The HSE recommend that chimney owners use ATLAS registered Companies, formerly known as the ‘National Federation of Master Steeplejacks and Lightning Conductor Engineers’.

Rafferty’s have been a full member of ATLAS since its formation.

In a recent press release (see below) ATLAS have highlighted the commitment of its members towards health & safety. This press release should provide further comfort to Companies who use ATLAS members for their high level chimney works.

The latest annual survey undertaken by the Association of Technical Lightning and Access Specialists (ATLAS) has highlighted the commitment of its members to health and safety in the workplace after ATLAS recorded lower fatal and major injury rates than the construction industry as a whole.

The results of the 2011 ATLAS Accident Survey, covering over 1,120 operatives, revealed that no fatalities were recorded by ATLAS members for the third consecutive year in an industry where working at height is unavoidable. One major injury was reported, categorised as a slip, trip or fall on the same level, at an incidence rate of 89.3 per 100,000 workers. This was lower than the rates for both the specialist sector as represented by the National Specialist Contractors’ Council (NSCC) at 168.8 per 100,000 workers and the industry at 173.2 per 100,000 workers. Frequency rates for all accidents, both reportable and non-reportable, improved to 42,091 working hours per accident, allowing ATLAS to demonstrate to clients and other interested parties that its members have a better safety record than non-members.

ATLAS has a dedicated Safety & Access Committee to develop and promote safe working practices within the industry. This has included a recent programme of testing on ladders and modular scaffold frames in order to determine the equipment’s safety limitations, the results of which will be available later this year. By providing guidance and up to date information on regulations and working practices, ATLAS helps its members to maintain the highest safety standards, which is reflected in the continued quality of their work.

Chairman of the ATLAS Accident Committee, John Ashmore, commented on the results of the report:

“During a recession, many businesses look to cut operating costs which can lead to an increase in accidents on site but ATLAS members have continued to prioritise health and safety in the workplace. As well as demonstrating that ATLAS members have an improving safety record, the results of this survey enable lessons to be learnt and shared amongst the membership which reduces the likelihood of similar accidents happening again in future.”

The results of the 2011 Accident Survey were presented at the ATLAS Annual Convention on Saturday 26 May at the Royal Yacht Hotel in St. Helier, Jersey, which was attended by over 80 ATLAS delegates.

Last night saw the Steeplejack & Lightning Protection Training Group awards ceremony in which Peter Nuthall, one of Rafferty’s trainee steeplejacks, achieved two prestigious awards. Peter has been with the company for over three years and has attended the National Construction College at Bircham Newton to qualify as a steeplejack. Peter won the Bert Bird Award for best portfolio and the Barry Congreave Trophy for best overall achiever. The picture below shows Carl Woodroffe, Contracts Director of Rafferty’s, presenting the awards to Peter. 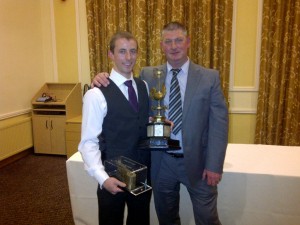 The directors of Rafferty’s are immensely proud of Peter’s achievements which are a testament to his character and work ethic. We would like to wish him all the very best in his chosen career and look forward to working with him in the future. 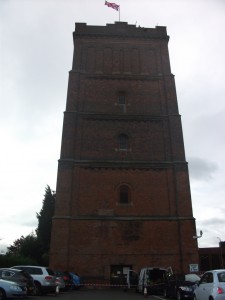 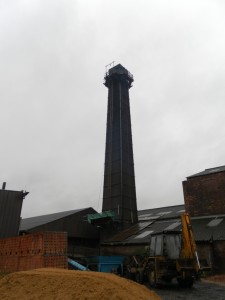