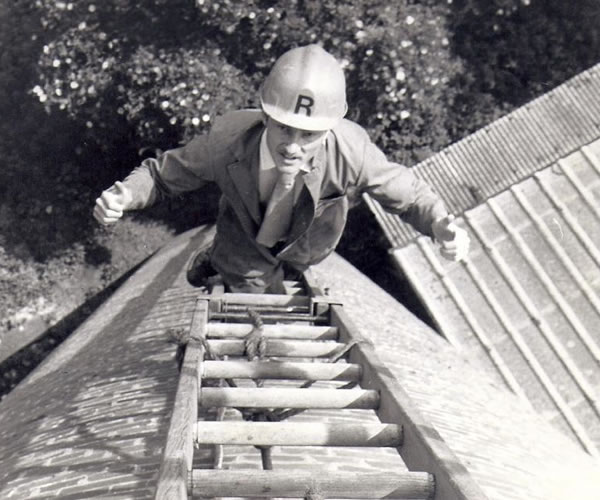 Nick Rafferty carrying out an inspection of a 180ft brick chimney in the early 1980’s. READ MORE

Throughout his career Nick has taken the company to unprecedented heights… please excuse the pun!  Now with three grandchildren (and more to follow) giving him the run around he is enjoying semi retirement and now only comes in to work when he needs a rest!  That being said Nick was, and still is, the most treasured and valuable asset of the business and we would like to take this opportunity to thank him for his decades of hard work which will always be appreciated.